What are you, said the blind man to the woman.

What colour are your eyes, he said.

I guess you’re the jealous type, he said.

I know, she said, I wish I was different.

What are you, she said.

You’re so sweet, she said. And how about your eyes?

I don’t have eyes but if I did I think yellow would be good.

Why is that, she said.

Yellow is warm and friendly

And what colour would you like your eyes to be, he said

It doesn’t have a name, but something I can only imagine,

We could imagine it together, he said. 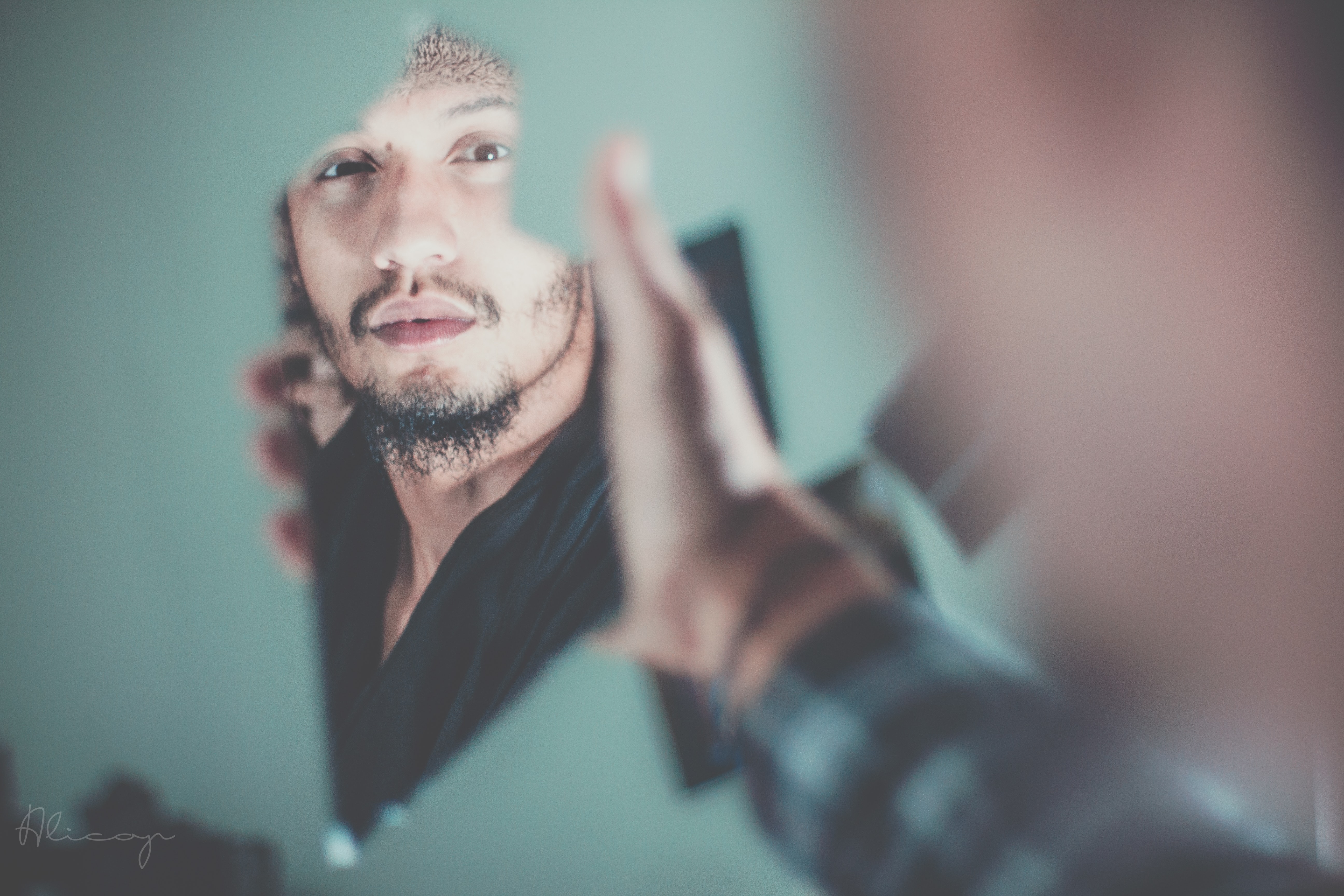 In the cracks and shards of the mirror are broken promises and forgotten dreams, false memories and the missing pages of an unfinished book,

the frightened child hiding under a bed from the tyranny of shame and the blame and the strap,

the mother who refuses to hold your hand, who loves only herself, who lives with regret and punishes you for not being perfect,

the child-parent who wants to be your friend but makes an enemy, the misfits of generations staring back and recognising one of their own, the devoted son who feels only guilt,

the sitter who got stoned and taught you to lie and showed you sex and the one who can never be named,

the lover, lost in the beauty of a love with their senses on fire, the unforgotten desire, the great-love who betrayed you,

the youth with the perfect life trying to change the world, fighting for truth in a bar,

the actor with the wisdom of the ages in a b-grade film and getting an Oscar for playing God, the one who takes a bullet and tells you that war is entertainment and that pain isn’t real,

the sister who took off the first chance she got, the brother you fought for the biggest portion, the monster who kept you awake in the night,

the teacher who bullied you and the one who loved you too much, the whore who would do anything for the rent,

the slob who picks his nose and doesn’t wipe, the boss who fired you, the bully who is you, 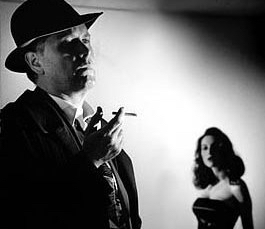 I love the noir, the dark city streets. A rat foraging. A possum eating fresh leaf tips from a rosewood seedling out back in the night garden where spiders haunt dark spaces, crawling over walls and spinning webs of truth, unseen.

A long alley, headlights at the end glaring setting your wispy hair on halo fire. Dark puddles reflecting pale light and bronze human statues smoking, waiting for buses and in cars, steaming breath. The smell of diesel. Homeless pile of rags in a corner moves, showing fact of life in a lonely place, uncaring and wanting. Desire is dying lonely and wicked.

Who will miss you? Your mother, ex, the lover who’s heart you broke when you left, leaving behind injustice and loneliness like dust and leaves in a swirl. Your lover’s head filled with fantasy and denial, sniffing back tears. Sleepless nights wandering about the dark streets, the smell of sewer on the edge of everywhere. Get on the bus, lift your bag and go on,  get out of here. 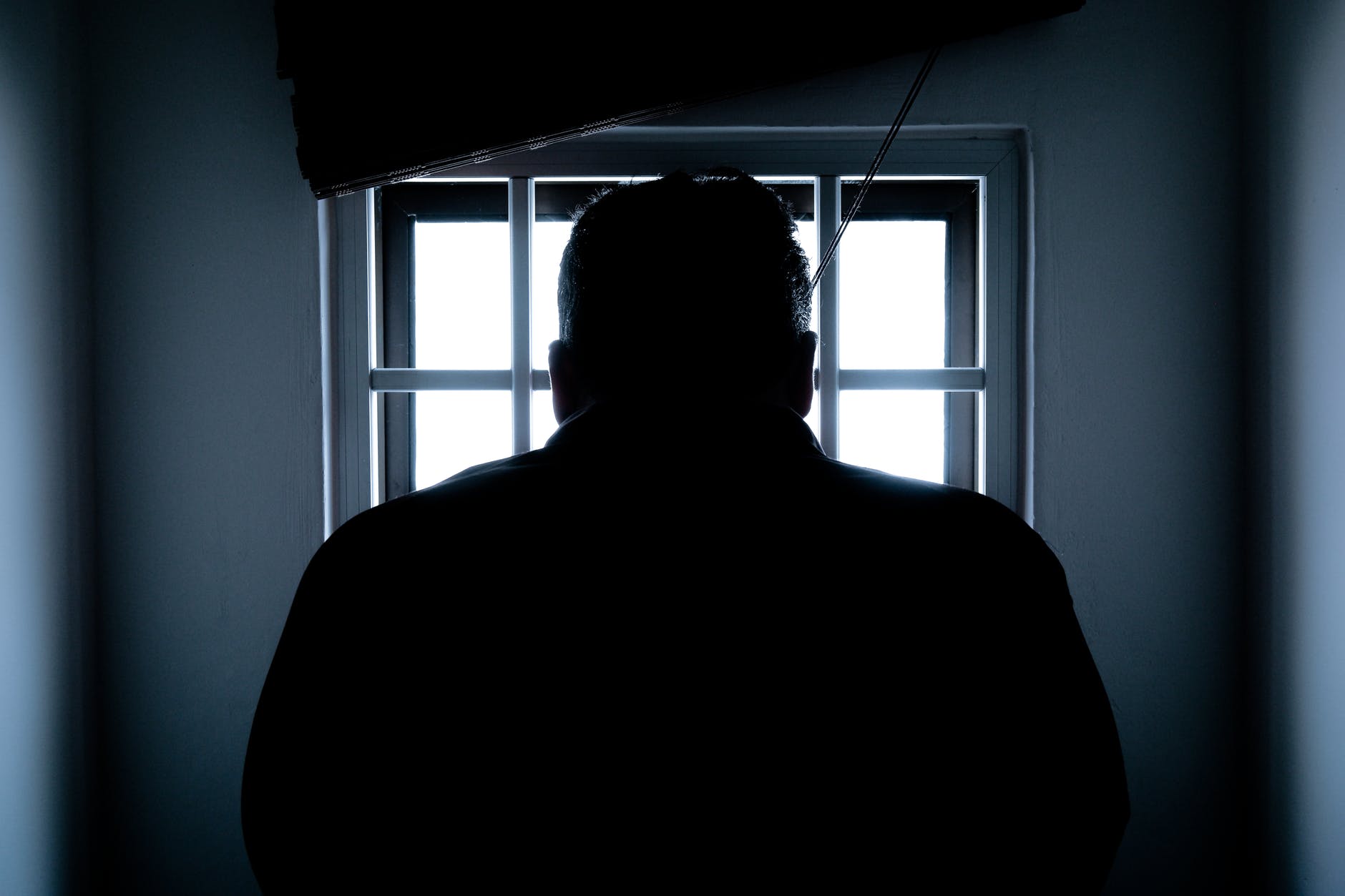 For the man with no friends his isolation is complete. How did he get here? Was it a moment of madness or did this happen over time? Was he was too caught up with things to notice?

It wasn’ t his fault. His friends disappeared when he was too busy to make an effort.  He was blamed and he wasn’t ready for the desertions. He waits for the day when he will be free because the isolation is bad for the man and desperation sets in. He knows that when he is free, he will be outside but still alone yet even strangers passing by are better than none.

When he worked his job came first and the guys at the office were good guys. They had a few laughs but in the end the joke was on him. If only he had a real friend.

Depression doesn’t make sense to the man and it doesn’t go away. Like an unwelcome guest who takes over his space and won’t leave. Like a dark pit that he can’t climb out of. He wants to stop breathing. No-one matters. Nothing matters. His isolation is complete because no-one can reach him. He looks out to the park and all he sees is the tree. He just needs is a rope and it’s all over. He needs to get it done because the burden of his life is heavy,

Now there’s a virus going around and all that he has are four walls and a TV. 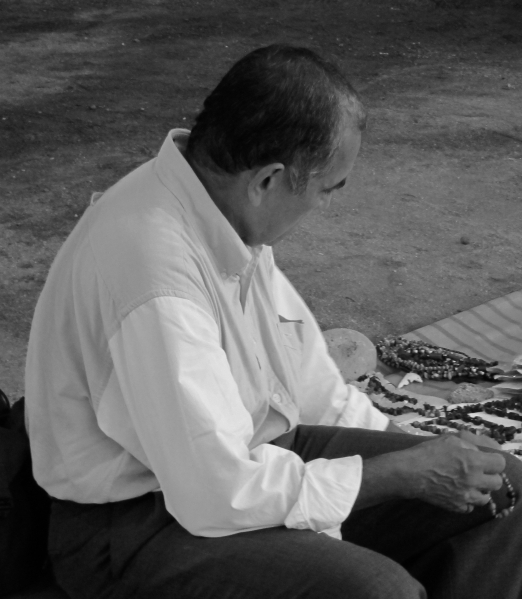 The grey ghosts shuffle, aimless, scared and listless. Unable to decide and complaining to the few who still listen.

They move without purpose of what or where or how to be yet holding fast onto the shreds of dignity for without it they will fall.

Out of step with those who walk briskly and outcast by the others. They slouch with their grey heads staring without focus into the middle distance. From park benches.

Or in the warm loneliness of home they binge on the blue TV light with all the experience in the world yet afraid to wake tomorrow for yet another useless day.

Left behind by the rest and dressed with a vague expression of longing and waiting … to be old.

Wounded wandering sleepless on a polished floor slipping unto two deaths, the one you hope for and the one you avoid. Hoping to end in a sleepy fog, mind swimming in tar, down into the shining black death instead of lingering decrepitude. Owning all beyond the time you awake but not owning over the lake of dream sleep.

I am but a dream of the great notion. When it wakes up I will just be a memory to it because when you are gone nothing more exists.

Falling with a tired head unable to do the list of shit you had planned. A hand arises in darkness and slaps your unready face shocking awake screaming cursing cunts and fucking off your attacker.

Mountain dew is slipping in the mildew of the morning approaching finally the mist creeps away from the mountain slope it blankets revealing tortured landscapes orange and russet cubes and bridges roads people scurrying along vultures soaring preying on death as it like deaths lover the vulture, the scavenger the pig dining on whatever it can get away with.

The man throws in a line wondering how it will turn out. Waiting for a bite not really, waiting for death more like it. I can’t see the love people have for the pedestrian. It is something to find joy in the small things and I do. Mostly in men and their creations and the absence of men completely.

What do I present to the world more than my imagination, I am afraid of death so I create. It is why we crave a progeny because we are afraid of death, it’s why men cheat, its why we write, it’s why we build and plant trees and spend our twilight years planting and growing in a small vain hope of leaving something behind because we are afraid of death. Plant a tree. It’ll be here for years after I’m gone. Build a house same reason, Have an affair because we want to hang on the the past to avoid the future. Like a regret, an anchor, a grudge. Stopping us from moving on into the future, holding into the past. 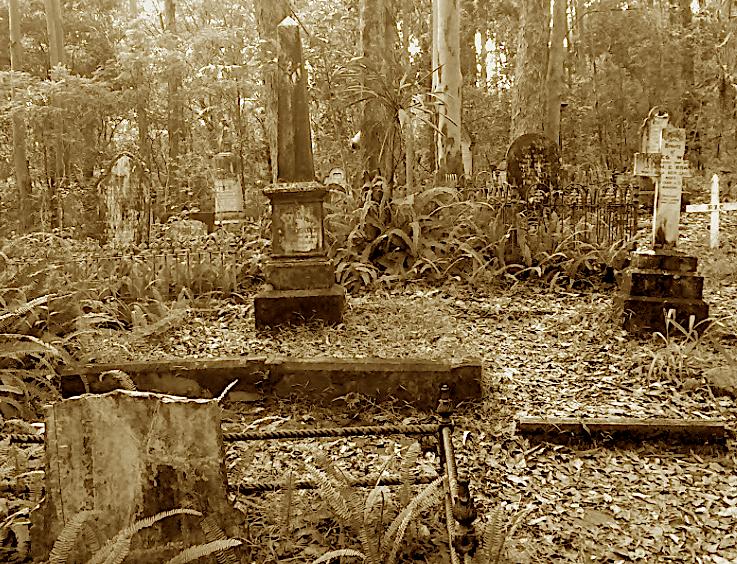 The freezing winter river wind makes suffering for the slums in the shadows grief directed by the trauma affected fades as cruel ice melts from lynching bended branches dripping on the willow banks.

The beasts remind the harrowed minds of the divine while sick spirits drip on angel’s wings blanketing an amused muse. The dead eyes glower at the angels power as corpses cower.

The amused muse lifts a skinny fist blanket in a rodent bone room studio. The covers are as warm from the fire as her behind to the blind.

The blind artist and the muse amuse, themselves while out in the cold the foraging mares stare at frozen cadavers crusting there. 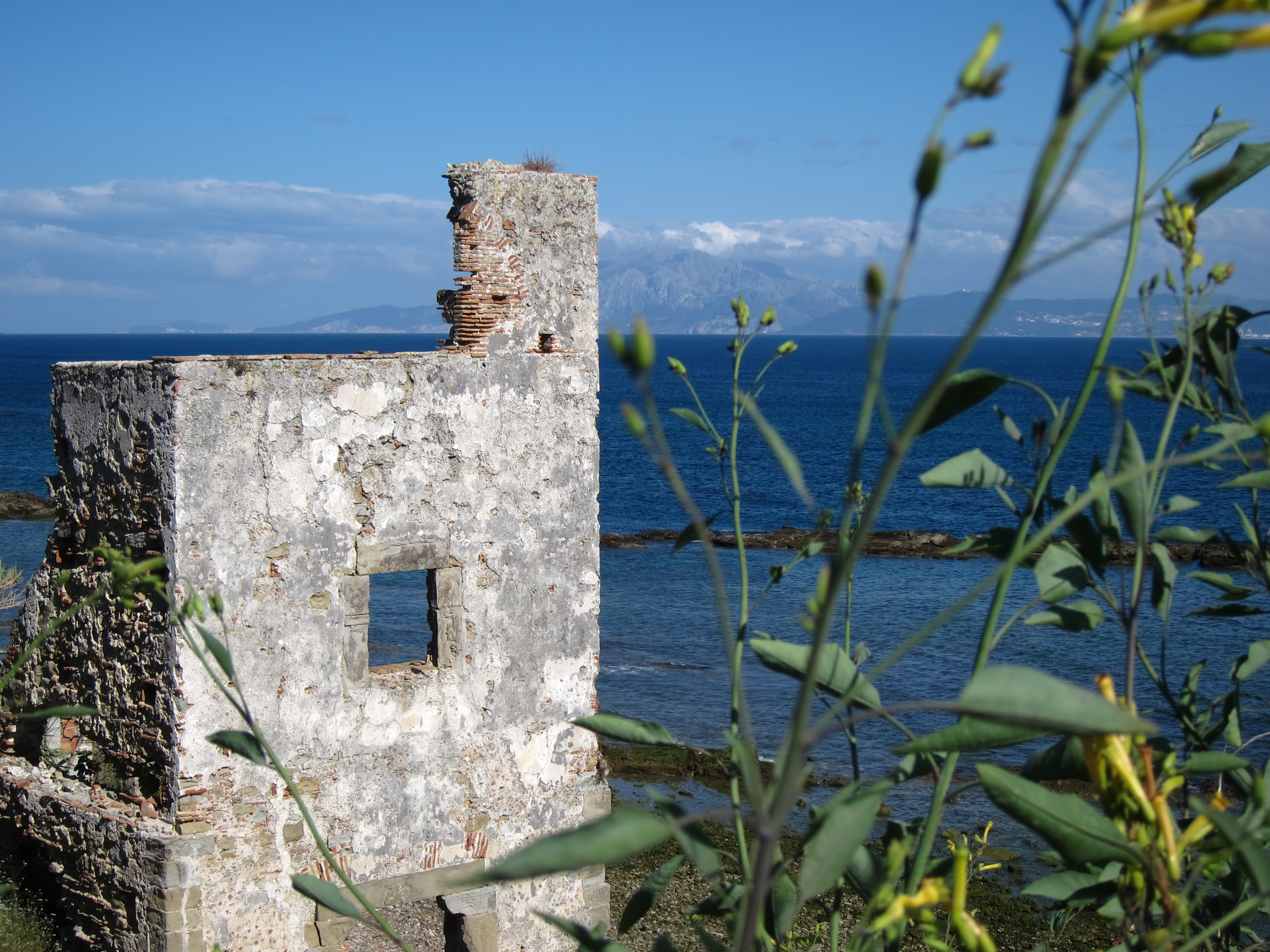 Hidden in the darkness is memory,

but our friends only see stones,

not the shells in the soil, or the bones,

that are buried on the hill.

It was an old house.

The enemy knocked it down and left.

They are friends now, but the trust is fragile,

To dust, those crumbling walls we’d tear them down,

and build with bullets in the mortar to remind,

But would those walls be strong.

Mud and dust and sweat, a random uppercut,

You gave your all, the victory complete.

Wake up feeling sick and spew,

If you are feeling alone perhaps it is because you walk your own way.

Lets walk randomly across the city instead and find what we can.

Enjoy the movement, stop to stay a while and then go back again.

Plastic buckets piled high in front of the China store like a rainbow,

Tasting morning coffee chocolate in the corner of your mouth

Leaves piled against the fence falling down, The beauty of an ever-changing sky,

Just look at it a while and really see,

And walk my way.